We are nicely settled here at Berg en Dal at the south end of The Kruger National Park.  Our campsite is right next to the fence and when we arrived yesterday we saw a herd of elephant close by.   Also in front of our site is a tall tree where two yellow-billed kites have built a nest.  It is well hidden but we have seen Mom and Dad in the open a few times – but in poor light.  Hopefully better photos will be possible soon.

The whole of Berg en Dal rest camp is in pristine condition.  The paths are swept and there facilities are kept sparkling clean. In all the other camps we have found there are issues with maintenance. If Berg en Dal can get it right – then so can the others!

The one problem we are having here is with the monkeys.  Oh my – they are so cheeky!  The problem probably began because tourists insisted on feeding them and now thy take the easy way out and try to steal from the campers.   Our neighbours had a whole loaf of bread taken from under their noses and our butter very nearly went Awol but The Earl managed to frighten the culprit and she dropped it.  A bit of dusting off later and it’s now safely secured in a plastic container in the locked fridge.

We were out by six this morning and were back for breakfast by ten.   At first we did not see much but then things improved.  Once again today there were more of the biggies and unusual smallies. 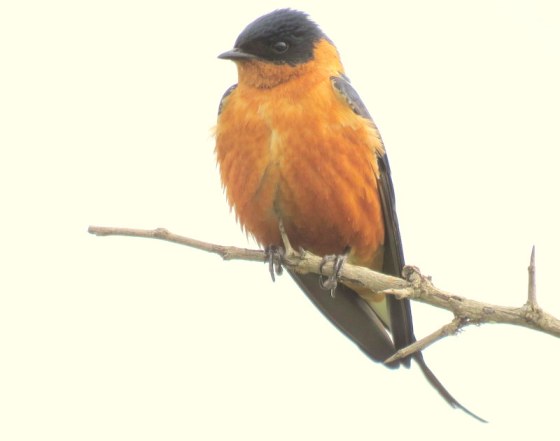 Lovely to see a red-breasted swallow

Gardenia Hide is usually stunning but there was very little there today.  We were also disappointed to find that the path to the hide had been neglected, there were poles missing from the fence and there was an overflowing bin at the gate as well as litter on the path.  Not good enough Sanparks! 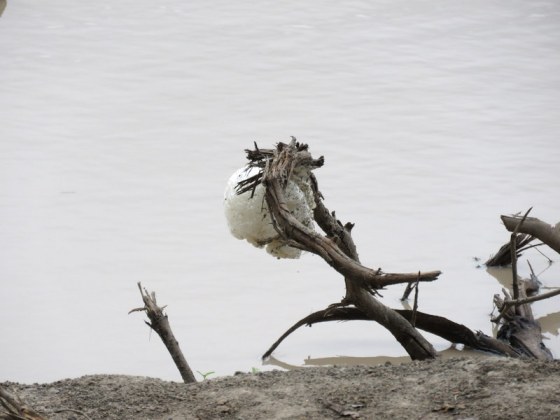 Tree-frog nest built over water so that when the eggs hatch the tadpoles will fall in.  They fend for themselves from birth. 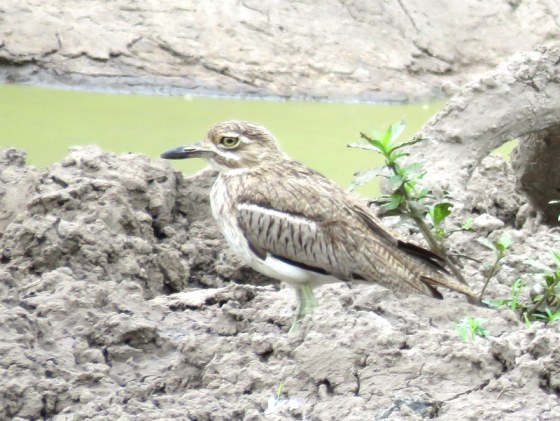 Kudu, tortoise and buffalo were next on our list.  We also saw a few herds of elephant but they were hiding in the trees.  Four rhino were also some distance off. 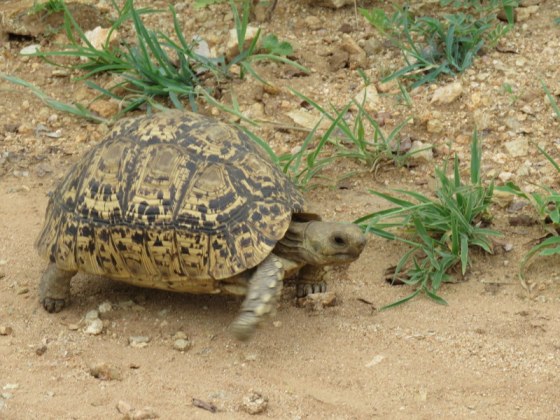 And finally a leopard turned up this morning – not the best sighting ever but good to see him on a rock. He was fast asleep and didn’t stir for anyone!

After the leopard we continued to see some lovely sightings – elephants, kudu, tortoise and buffalo until we returned to camp.  We rested until 3 o’clock and then went out for our afternoon drive.

First we encountered a herd of elephants. The babies were adorable

A ground hornbill crossed our path 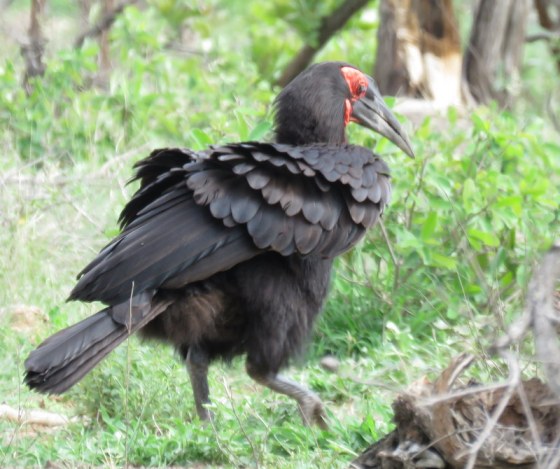 A wainterhole we visited proved to be absolutely stunning.  We found a rhino having a wonderful, wallowing time and when the elephants came down they gave him a wide berth.  I wonder what it was that made them nervous of a rhino – his lovely long horn perhaps?

Blissfully wallowing in the cool water 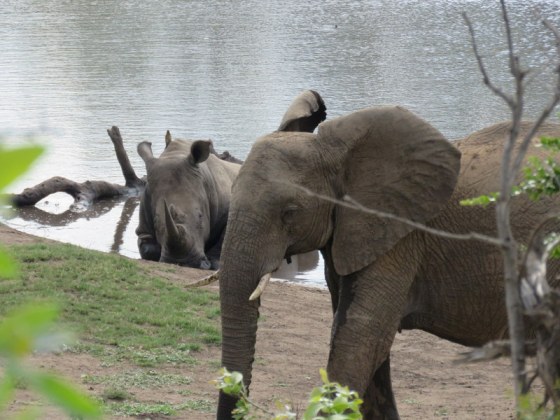 Eventually the elephants left with a great deal of trumpeting.  They chased the poor impala from the scene.   We stayed to watch the rhinoceros complete his beauty treatment. He had a few itches to scratch  and amused us with the solution to his problems!

Emerging after a lovely muddy bath

Oooh what a lovely scratch

Well, nobody’s going to do it for me, you know!

Finally he trundled off to his midden quite a way off but which we could still see.  He sprayed liberally into the midden and then wandered off.

A common duiker peeked at us

A hyena on a mission 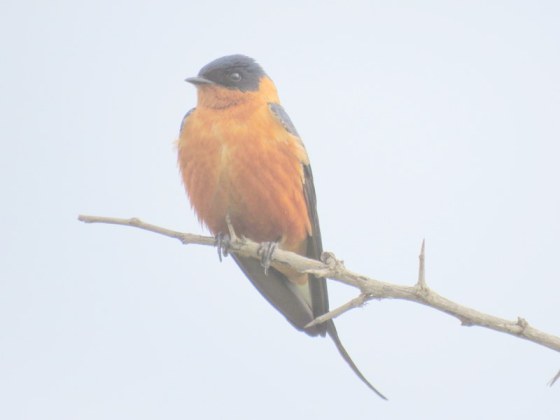 And another rhino having a mud bath somewhere else!

It was another perfect evening and we braaied chicken kebabs for dinner.

Only one more full day left in Kruger – how time flies.