Staying outside of a game reserve is not ideal but it’s better than nothing.  We’re loving The Homestead which is just a short distance from the entrance gate.   Day visitors may only enter the game viewing at 7:00 am while for residents it’s an hour earlier.   In the past we would be first at the gate!  But today we only woke up at 7 and entered the park after 8.   Then we had a leisurely breakfast at The Cattle Baron before setting off on our game drive.

There are many different types of antelope in the park and they’re all thriving.   First we were greeted by this beauty.

Lovely male kudu with another in the background

Addo Elephant Park is one of the few places in the country that is home to the flightless dung beetle. Visitors are warned to watch out for them on the roads as they cannot fly away to safety.

The flightless dung beetles mostly feed on elephant or buffalo faeces, but they have been recorded to also feed on dung from other species such as rabbits, baboons, antelope and ostrich.   Read about dung beetles  here 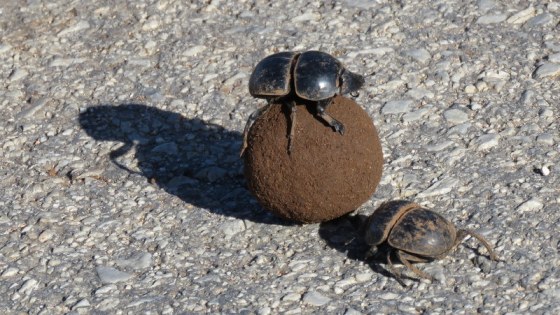 We really enjoy the birdlife in the parks we visit but Autumn in Addo hasn’t produced anything too exciting.  These are some of the birds we managed to photograph 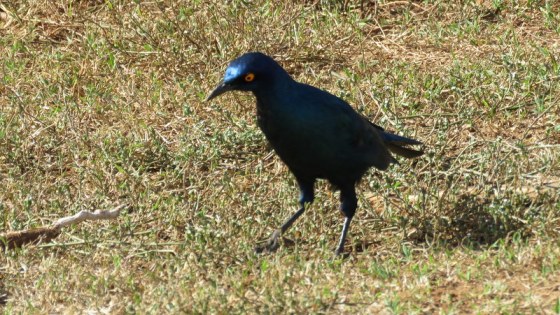 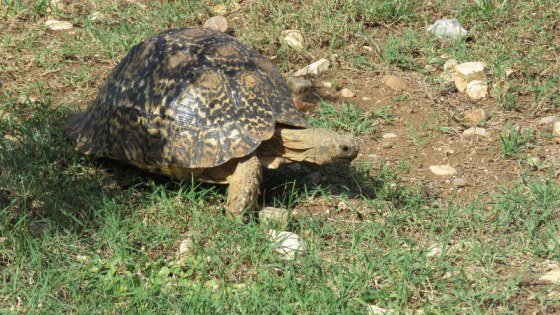 We found lots of plains animals in the south today.   There are a number of waterholes that attract them and the grazing in also very good.   All the animals are looking very healthy.  We enjoyed seeing a number of different species making Addo look like what one expects Africa to be.  It was lovely to see a mix of zebra, kudu, red hartebeest, warthogs and elephants spread across the veld. 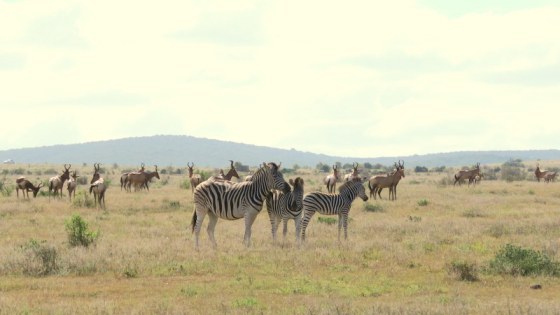 We learned that elephants were starting to dominate the waterholes and leaving little over for the other creatures.  So the authorities have placed an electric fence around one we saw today.  The wires hang down to a certain height and prevent the elephants from drinking but are high enough for the smaller animals to be unaffected.  No chance of the zebras being squirted by elephants at this waterhole!

Do you see the wires hanging just above the zebras

This elephant walked right past – obviously knows what will happen if he goes to this pub! 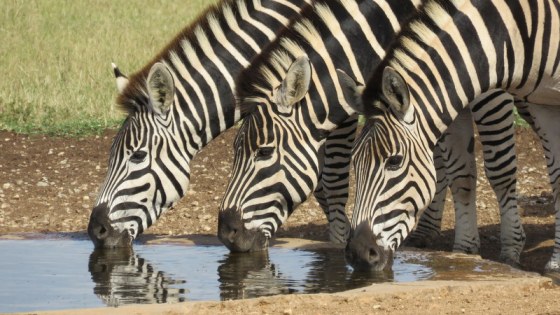 BUT at the waterholes where they’re free to frolic there was a lot of fun today.  They swam and played and rolled in mud to their hearts content. 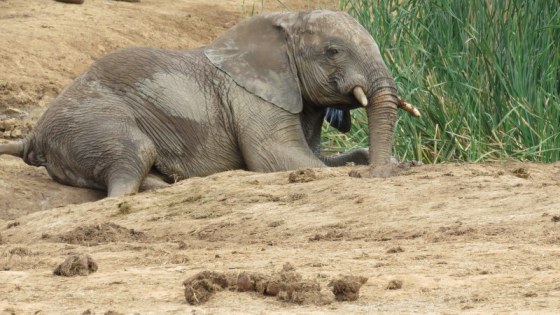 Mom – I love this

Time to get out

Most of the waterholes we visited had tons of frisky elephants taking the waters.  It was fascinating to watch them.

We stopped at Jack’s picnic site for coffee 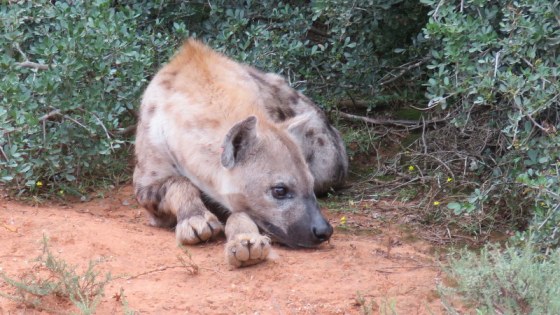 And the final excitement of the day was this young hyaena lying next tot he side of the road – not often seen in Addo so we were thrilled.

9 thoughts on “Addo Elephant Park – Another day in Elephantasia”